The Rodenstocks in four generations

Find out more about the well-known German family of entrepreneurs, Rodenstock, and our company's history. 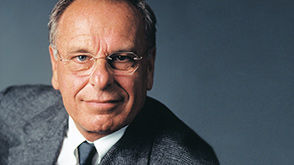 After completing a degree in Physics followed by an MBA at the Management-School Insead, Fontainbleu/France, Randolf Rodenstock joined the company in 1976. He initially managed it together with his father. He took over complete responsibility in 1990 and orientated Rodenstock around the requirements of increasing globalisation.

Due to increasing cost pressure, Randolf Rodenstock moved major parts of production abroad thereby ensuring competitiveness. He modernised the company with patience and urging and focussed on "glasses" as the core business.

In 2002, Randolf Rodenstock gave the company a capital market compatible structure and opened it up for non-family shareholders on the way to becoming ready for an IPO. In 2003, he changed from being CEO to the Supervisory Board and remained tied to the Rodenstock Group in that capacity.

Today, Professor Randolf Rodenstock is the Managing Partner of the family holding company, Optische Werke G. Rodenstock GmbH & Co. KG (OWGR). Furthermore, he is active in numerous honorary offices. Following 15 years of being president of the Association of the Bavarian Metal and Electrical Industry (VBM) and the Association of the Bavarian Economy (vbw), he is now the honorary president of vbw.
He is vice-president of the Federation of German Industry (BDA), a member of the steering committee of the Federation of German Industry (BDI) and Chairman of the Roman Herzog Institute. 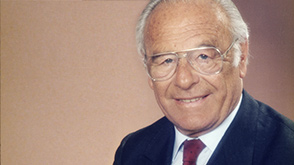 Rolf Rodenstock, a graduate in business management who completed his doctorate and became a qualified lecturer, took over leadership from his father in 1953. He shaped the restructuring and economic miracle of Rodenstock. Rolf Rodenstock was considered to be one of the most distinguished entrepreneurial personages in the young federal republic.

Besides lenses, he focussed mainly on manufacturing frames and thereby established the rise of the RODENSTOCK brand. Under his leadership, modern industrial planning and manufacturing methods were introduced and subsidiary companies founded in many countries.

In addition, Rolf Rodenstock also took on social responsibility. For example, he was the head of the Federation of German Industry (BDI) from 1978-1984. He served as president of the Institute of the German Economy (IW) from 1966 to 1978. From 1971 - 1990, he was at the helm of the Chamber of Industry and Commerce (IHK) of Munich and Upper Bavaria. 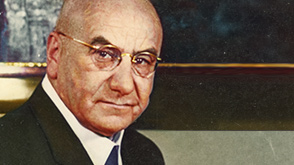 Alexander Rodenstock joined the company in 1905 at the age of 22. At the urging of his father, he broke off his studies of physics and economics and took over leadership of the family-run business in 1919.

At the time he joined, Rodenstock had 200 employees, and the workforce increased more than tenfold by his death in 1953. His era was characterised by perseverance and persistence. Growth phases such as before the First World War and the 1930s were faced with catastrophic developments such as two world wars and an economic crisis.

Despite all the ups and downs, Alexander consistently adhered to the private character of the family business. He successfully withstood takeover attempts and the enforced merger with a competitor during the National Socialist period.

Alexander Rodenstock took part in the Munich Soviet Revolution on the side of the bourgeois counter-revolutionaries and was a Munich town councillor for the Bavarian People’s Party from 1919 to 1925. In addition, Alexander Rodenstock held a number of honorary offices in industrial and socio-political institutes.

On 1 January 1878, Josef Rodenstock (32), a peddler of self-designed measuring instruments and glasses frames, started business operations together with his brother Michael of the company "G. Rodenstock", which had been founded in Würzburg in 1877.

The head office of the company was moved to Munich in 1883 and is still located there today.

The self-made man, who enjoyed taking risks, was a blend of inventiveness, daring and unusually high intellect. He was considered just, helpful and humorous, but "terrible in his anger over errors or inability". He built up the company from nothing with energy and an iron will to work. Although he was soon very wealthy, he remained modest in his own needs.

As a businessman, he never walked away from an argument if he was convinced that it was important for the development of his company. He combated "unprofessional spectacles traders", took legal proceedings against competitors and fought against ophthalmologists who complained about Rodenstock’s educational publications.