Discover the history of our company. 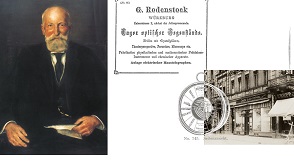 Josef Rodenstock founds the company „Optisches Institut G. Rodenstock” in Würzburg together with his brother Michael. Starting in 1878, self-designed measurement instruments are sold there in addition to lenses and frames.

The founder, Josef Rodenstock, develops the so-called „diaphragm lens”, which becomes a sales hit immediately. Numerous patents follow, such as a glasses measurement apparatus, for example. Even now Rodenstock glasses are being adapted individually in contrast to models from other dealers. 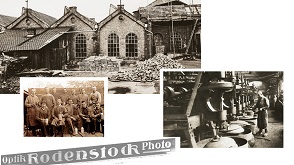 After buying the company's property in Munich, Rodenstock builds a large production plant in Regen in the Bavarian Forest in 1898. By 1905, another plant is incorporated into production at the same location. At the same time, Josef Rodenstock is able to manufacture ophthalmic lenses and frames on an industrial scale with high quality.

1899: Innovative technologies for the turn of the century. 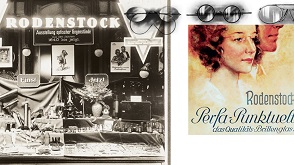 Rodenstock produces the first sun protection lenses with individual prescriptions and with UV protection. In addition, the company presents its first bifocal lenses with a ground-in near segment. In addition, the product ranges includes rimless glasses, pince-nez, monocles as well as frames made of steel, nickel, Doublé and other materials. 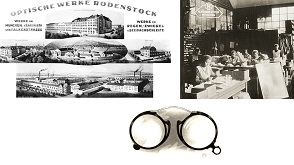 After the First World War, Rodenstock recovers from the economic crisis faster than other optical companies. The means of production are improved, the technical and scientific work is perfected and sales are expanded. Despite the turbulent 1920s, Rodenstock forges ahead consistently with its technical innovations and registers numerous revolutionary patents. 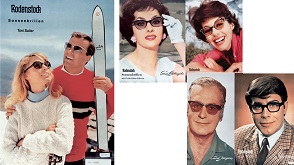 Rodenstock is the first manufacturer in the optics industry to win over internationally known movie stars as prominent advertising vehicles for its stylish frames. The faces of Hildegard Knef, Brigitte Bardot and Gina Lollobrigida can be found in numerous magazines in 1959.

1968: Pioneer and role model for lenses in Europe. 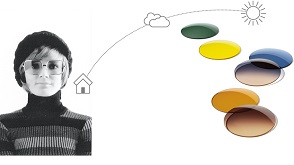 Rodenstock achieves another milestone and presents the first self-tinting (phototropic) lenses in Europe. Numerous other innovations follow, including the first models in which the lenses are held by an invisible nylon thread.

1975: Countering the crisis with plastic. 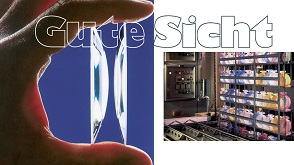 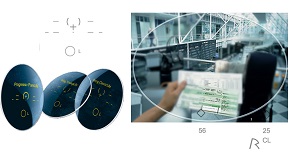 Under the name "Progressiv R", Rodenstock presents the first progressive lenses developed by the company in Germany. They are an immediate success, because they are superior to the competing products at that time. 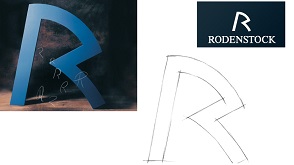 Rodenstock introduces the "R" as a logo and trademark and that way gives a clear contour to its philosophy: Glasses are to emphasise the personality of the person. For that purpose, the collections are reworked according to design aspects. To this day, models from Rodenstock are considered to be innovative, light and functional. 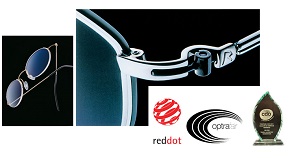 Rodenstock receives its 50th design award for spectacle frames from the eyewear collection. The award is attributable to the concentration on design, development and engineering. Rodenstock prevails here, for example, with an extremely small cylindrical hinge that uses no screws at all. 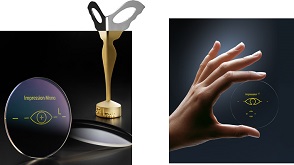 ImpressionILT – that is the name of the first individual progressive lens in the world, which can be adapted 100% to personal visual habits.

2006: Innovation across the entire line. 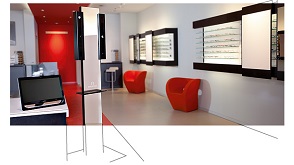 Whether lens consulting, glasses consulting or a 3D video system for measuring the vision data, the ImpressionIST® Service Terminal determines all the parameters for the perfect pair of glasses. Rodenstock taps into new marketing fields for opticians with this and other service concepts. 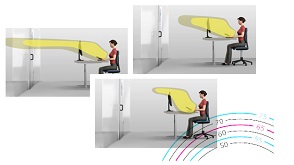 Rodenstock presents the world's most modern portfolio for near comfort lenses. Ergo® lenses are specifically adapted to the requirements of everyday life in the office and make pleasant and relaxed vision possible in any workplace situation. 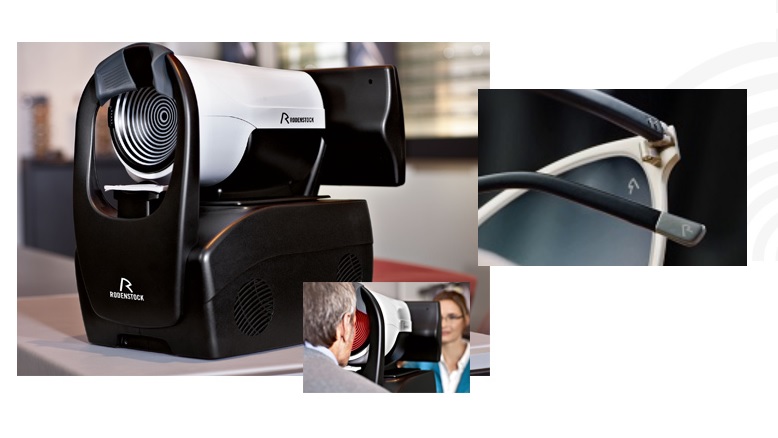 Rodenstock succeeds at creating an absolute world premier with Eye Lens Technology (EyeLT®): Thanks to the Impression® lenses with DNEye®, glasses wearers can exploit up to 100% of their vision potential for the first time. 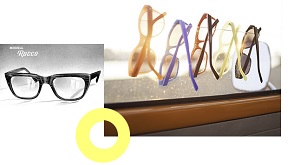 Rodenstock creates a highlight in 2014 and underscores its competence in the design area once again with the new rocco by Rodenstock collection. 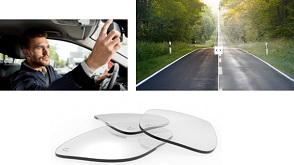 Moreover, in 2016 Rodenstock presents the unique DNEye® Scanner 2. It is the only measuring device in the market able to transfer all important individual data into the lenses.

Rodenstock now has a total amount of 4.500 employees in more than 85 countries.
The "Masterpiece" premieres at the opticical trade fair opti. It is a limited edition spectacle frame, representing 140 years of Rodenstock engeneering. 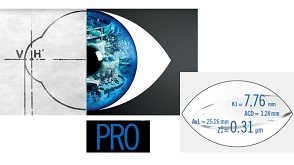 Since 1900, the measurement of the human eye has relied on a general model. In the course of time, technology and lenses have evolved but the calculation was still based on the so called "reduced eye".

After 118 years Rodenstock is the first one to overhaul this system. Using the DNEye® PRO Technology it is possible to measure the individual anatomy of the eye and therefore transfer all the individual data into the lens. The result is the most precise Rodenstock lenses ever for the sharpest vision of all times.